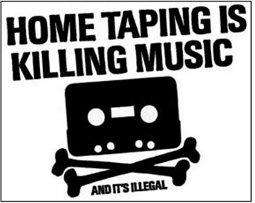 The Australian Federation Against Copyright Theft will appeal their case against iiNet.

AFACT in conjunction with 34 film companies accused iiNet of allowing copyright infringement on its network.

Over a period of 17 weeks in mid-2008, AFACT sent iiNet and other internet providers notices containing allegations that their customers were sharing illegal copies of movie and music files on the peer-to-peer networking system BitTorrent.

It sued iiNet for copyright late in the year after the ISP elected not to act on the allegations. AFACT claimed that iiNet authorised the infringements by refusing to act on the notices.

The case concluded in iiNet’s favour after millions were spent on the legal battle.

Announcing that it would appeal the case, AFACT claimed that the judgement had “left an unworkable online environment for content creators and content providers,” as well as being “a serious threat to Australia’s digital economy.” AFACT has handed 15 grounds of appeal to the Federal Court.

But AFACT executive director Neil Gane was not happy with the decision. “The court found large scale copyright infringements, that iiNet knew they were occurring, that iiNet had the contractual and technical capacity to stop them and iiNet did nothing about them,” he said.

The AFACT director also claimed that this decision allows ISPs have all the protection without any of the responsibility.

iiNet CEO Michael Malone asserts that the appeal won’t stop illegal downloads. “It is more than disappointing and frustrating that the studios have chosen this unproductive path,” Malone said. “This legal case has not stopped one illegal download and further legal appeals will not stop piracy. The studios themselves admitted during the court hearings that making content freely and cheaply available online was an effective way to combat piracy. People are crying out to access the studios materials, so much so some are prepared to steal it. A more effective approach would be for the studios to make their content more readily and cheaply available online.”

iiNet continued to promote its ‘Freezone’ of legally-downloadable content including Village Roadshow content and the English Premier League, which has seen more than 27TB of downloads between May 2009 and January 2010.

Michael Malone started the iiNet business in a suburban garage in 1993. iiNet is the third largest ISP in Australia, after the acquisition of OzEmail. This followed a previous major acquisition of New Zealand-based ISP ihug. The company provides dial-up and broadband Internet access, including ADSL2+; web hosting, and VoIP services. In 2005 Malone was making a bold challenge to the monopoly giant, Telstra’s and their dominance of the Internet by rolling out its own DSLAM’s. Today iiNet has its own DSLAM access equipment already deployed in over 300 exchanges. iiNet and PowerTel have formed a strategic alliance that in effect provides the pair with the second largest access network in Australia.

In November 2007 iiNet was the first telco to introduce a full scale Naked DSL product to the Australian market. An agreement with Pipe Networks in January 2008 gives iiNet international bandwidth capacity on Pipe’s undersea cable from Sydney to Guam. In May 2008 iiNet acquired ISP Westnet.

I don’t know enough about the appeals court in question to even guess how things may go from here. What I do know is that this court case is destined to drag on (as designed by AFACT) for as long as possible and drain IiNets’ funds and the potential of hurting their bottom line.

Since AFCAT have now committed to spending millions and millions on this, you have to ask how they will recover their costs. How will Channel 7 recover these costs. They could play many more commercials on their TV programs.

The customer of course loses out here either way, while the lawyers walk away with a large piece of the pie. 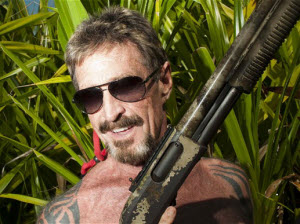